This site uses cookies. If you continue browsing we understand you accept its useI want more information about cookies

The house is an attic-style accommodation on the second floor of a typical traditional building with all the modern amenities such as heating, electrical appliances, etc. Located in the Salazar Valley, in the eastern Pyrenean region of Navarre, it is a country house lodge available for rent as a whole unit. It was built and opened in 2000 and has a floor area of 90 m². It is in good condition. Near our country house lodge you will find: Park, taxi rank, wooded area, shopping area, sports area, quiet, residential area. 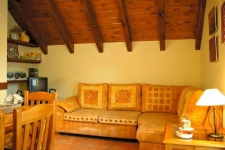 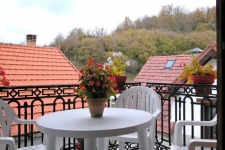 The house accommodates up to 8 people in 4 rooms, one with a double bed. We have 1 extra folding bed and cots available if required. All the rooms have hair dryer. 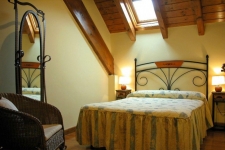 The country house lodge has a garden/terrace, outdoor parking, high speed Internet connection, sun loungers and garden furniture, kitchen/living room, dining room/living room: it has tables and chairs for eight people and a corner sofa with a pouf. 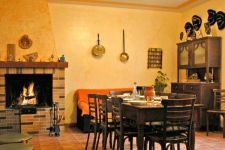 Salazar Valley is also located in the eastern part of the Navarran Pyrenees and adjacent to the Roncal Valley which it borders to the east. This valley has a more humid climate than its neighbour due to the influence of the sea, and this results in a lusher vegetation comprising mainly beech trees, and makes for some spectacular landscapes. The valley is irrigated by the Salazar trout river, along which are scattered small villages of stone and wooden houses, with tiled rooftops that preserve the charm of typical high mountain dwellings. The first town to the south of the valley is Uscarres, which has a Romanesque church with a Baroque altarpiece and a palace. Following the Salazar riverbed we reach Gallues and Izal, which has a palace, a Gothic church and the only "hórreo" (raised granary) in the valley. From Güesa you can take the road that connects, through Igal, with the Roncal Valley. Passing through some other beautiful villages such as Sarries or Esparza we come to Escaroz, seat of the General Council of the Salazar Valley, and thus its capital. The most populated and best-known village in Salazar, Ochagavia, is located at the end of the valley. This village caught fire during the 1794 French War Convention, but its San Juan Evangelista church, six stone bridges and the Santa Maria de Muskilda Sanctuary have been preserved in good condition. It is one of the most beautiful places in the whole valley where it has been a priority to maintain its traditional appearance with its wood, stone and slate-roofed buildings. There are many natural areas to be visited in this valley, but the most spectacular is the well-known Irati Forest in the north of the valley. This forest, with 17,000 hectares consisting mainly of beeches and fir trees, is the largest forest in Europe and one of the most attractive places for the visitor. The Irabia Reservoir, in the middle of the forest, is a beautiful lake which reflects the tangled greenery of tree trunks and branches. It is home to deer, roe deer, mountain goats, capercaillies, bearded vultures, etc... Tourists can follow the track which takes them to where the Urbeltza and Urtxuria rivers join, and visit the Virgen de las Nieves Shrine. The Orhi peak, over 2,000 metres above sea level, towers over the most rugged, alpine area of Salazar. This is the highest point in the valley. The last village before you reach this peak is Izalzu, the location of the Abodi cross-country ski resort. It is also worth stopping in the south of the valley at the viewing point over the Arbaiun gorge, which has been carved by the Salazar River along its 6 km. The Lumbier gorge is another must. We also recommend taking the stretch of the Saint James' Way which passes through this part of the Navarran Pyrenees. This tour departs from the village of Valcarlos, in the northwest of the Salazar Valley and takes us to Orreaga/Roncesvalles, a religious centre with many artistic treasures, including the Collegiate Church of Santa Maria, the Cruz de los Peregrinos (Pilgrims' Cross) and all its historic buildings. Every village on this road has interesting examples of both religious art and architecture, and all in the most natural surroundings. The range of sports activities available in the area include, in addition to walking, biking or horse riding excursions; fishing and hunting, kayaking, mountaineering, adventure sports such as canyoning or bungee jumping, cross-country skiing, walking with snow-shoes and any other outdoor activities you can imagine. The nature and sight-seeing routes in the Valley are a way of learning more about the area and getting the most from our stay in Navarre. There is also a wide range of accommodation available in the region, such as rural hotels, agro tourism centres, camp sites, as well as restaurants, sports companies, etc. The traditional activities in the valley are related to cattle raising and forestry. The most important fiestas celebrate the seasonal migration of livestock to the Bardenas winter pastures and the transportation of wood on "almadías" (typical rafts) down the river towards the sawmills. Some traditional crafts have been preserved, such as making boxwood kitchen cutlery, wrought iron, and the "herradas" (wooden buckets with iron handles). The local gastronomy is also related to the wild nature of these Pyrenean areas: beans, trout with ham, ewe's milk cheeses, game meats, vegetables and all of it accompanied by the fine wines of Navarre. 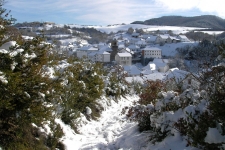 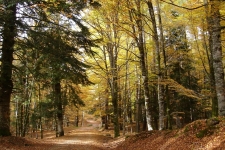 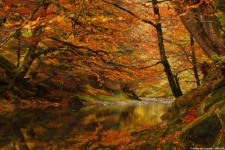 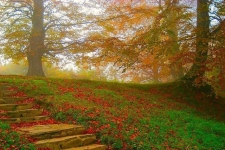 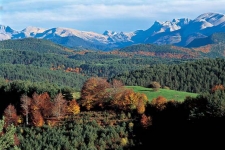 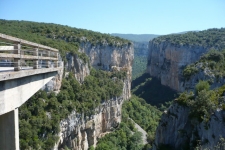 Activities you can practice